Just getting on the plane. No comments can be moderated until around 10pm. Have a nice day!

Directly beneath this missive is the following HONKING GREAT AD: 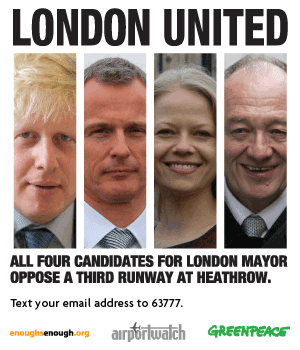 Mind you, the ability to be in favour of aeroplanes but not runways is pretty much constitutive of post-1979 British Conservatism. Or is he travelling in an air-refuelled V-22 Osprey, funded by the Young Britons’ Foundation in partnership with MessageSpace and nothing whatsoever to do with the Heritage Foundation?