I spent Wobbly Weekend 2: The Wobbling, in part, going through the effects of a deceased relative. I guess it was the right weekend for it; it wasn’t going to depress me any more. Anyway, we found this envelope of briefing documents, dated 1963 at the earliest. A reminder, I think, that things could be a lot worse, although God knows how today’s political elite would have coped with the Cold War. 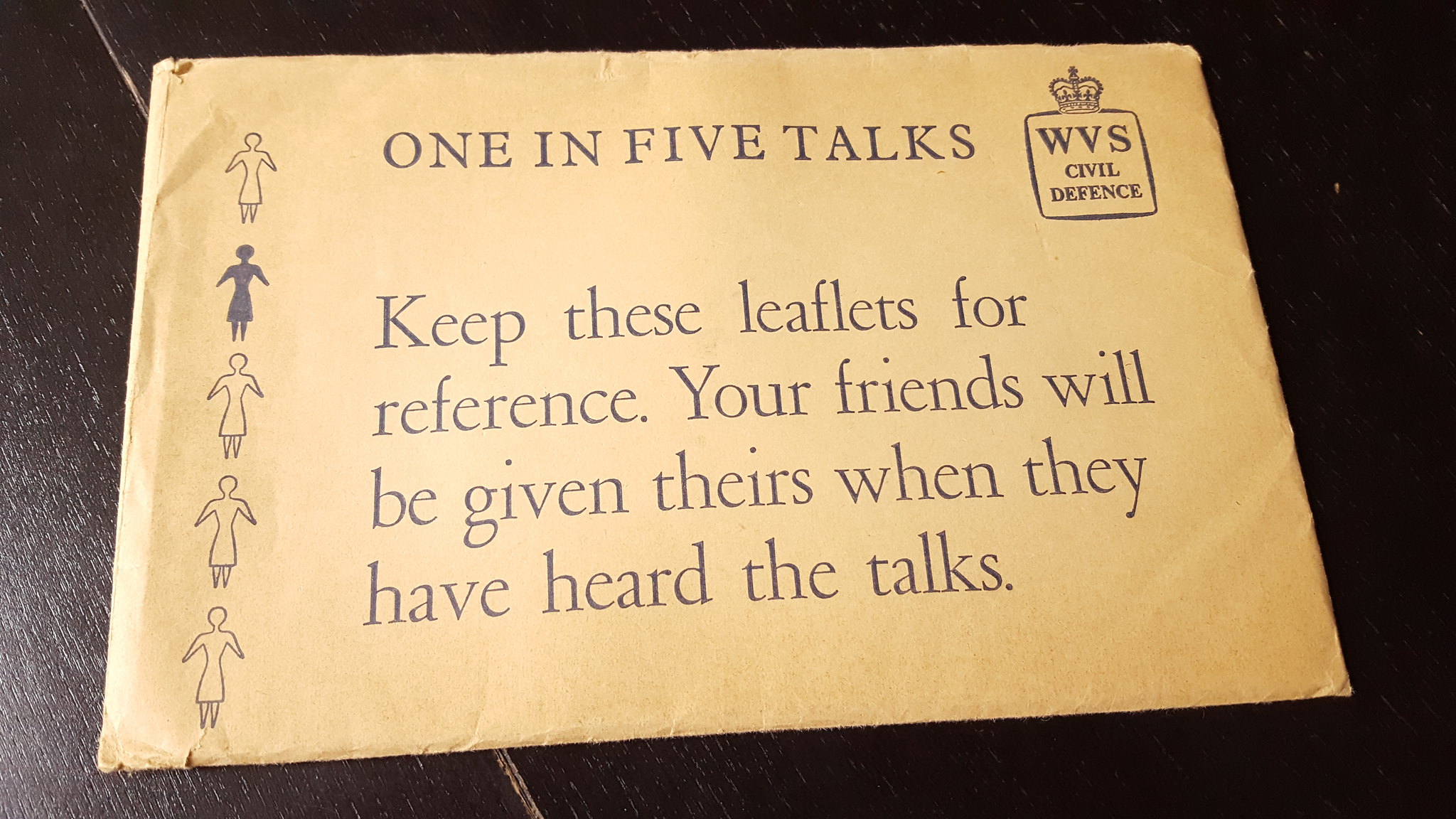 I didn’t know that the WRVS, at the time joined at the hip to the then Civil Defence system, set out to brief three million women, i.e. 20% or the titular one in five of the female population, with the standard Glasstone Effects of Nuclear Weapons spiel and basic advice (some of it not so basic) on protection against flash, blast, fire, and fallout.

But they did, and the strategy they pursued was pretty interesting – startlingly similar to a classic Alinskyite community-organising campaign, getting opinion leaders, serial volunteers, and people respected in the community (and my Auntie Peggy was all three if she was anything) to take the training course and then spread the message horizontally through their social networks. You wonder what the In campaign might have looked like if we’d adopted that strategy.

Also, I rather like the serif typography – very different to Calvert & Kinnear’s Transport/Rail Alphabet work, although the two are contemporaries. Obviously you wouldn’t expect women to go without serifs, not even in the event of nuclear war!

3 Comments on "Something cheerful to take your mind off it"