So, #Cosmonauts at the Science Museum. Put it this way: they’ve got Valentina Tereshkova’s ship. 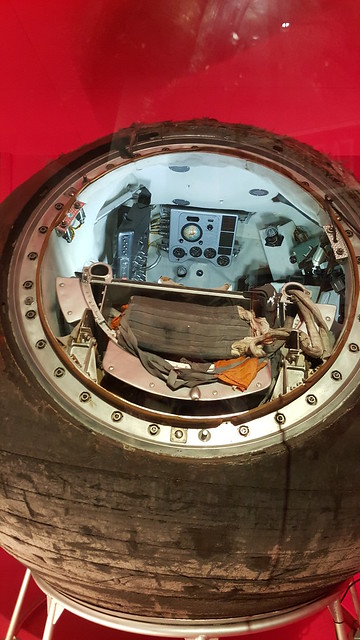 More than that, they’ve got documents of Tsiolkovsky’s, an LK-3 lunar lander, an ejection seat for dogs, Vladimir Dzhanibekov’s strides. And that’s saying something. And the volunteers (I think) are really impressive, hopping out from behind artefacts to press information on you.

I especially liked the way they expressed the sheer length of Russian/Soviet space history back to the 1880s, and its situation in the tumult of Russian culture at the turn of the 20th century. Where everyone else was either getting into Kulturpessimismus or Freudian introspection, they were almost obsessively optimistic.

This played out in various directions – in one way, in search of transcendence through the creation of artistic experiences, in another, in search of political revolution either through assassination or through a vanguard coup, and on the poorly defined frontier between serious science and tinkering, in the effort to leave the planet itself. Anything could be achieved with enough will, and it’s telling that the revolutionaries specifically chose to dump the impersonal economic forces from Marxism in favour of giving history a kick up the arse.

So we have the architect who spent decades in the Soviet Union re-planning his monument to cosmism, the (pretty crazy) philosophy that inspired, among others, Tsiolkovsky. The architect ended up in the gulag in 1948, only two years after Stalin signed the directive bringing the 1930s rocket tinkerers from GIRD back together to start the long-range rocket programme in Kasputin Yar, and not many more years after Korolev himself was released.

And it wasn’t just that a lot of Constructivists and Suprematists produced work that looked space-y; Tsiolkovsky, still around, sketched out treatments for science fiction movies that fed back into the culture. They were getting it from the source. This culture inspired the rocket tinkerers and therefore directly influenced the people who would eventually build the R-7 Semyorka that Tim Peake took to the ISS last week.

Also, fans of high analogue user interfaces will love it. 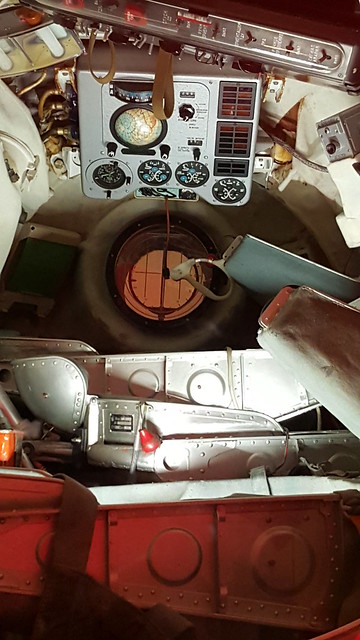